Prom season should be a very joyous time. But that joy can quickly turn to tragedy if teens or young adults drive while impaired by drugs and cause a serious or fatal accident.

Young drivers are not permitted by Massachusetts law to consume any alcohol before driving if they are under the age of 21. Yet, many young adults will drink and drive after prom night or around graduation time when celebrating with friends. 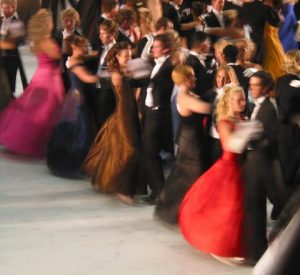 In addition to facing serious consequences under Massachusetts zero tolerance laws, including the suspension of a driver’s license for driving after drinking, teen drivers can be held accountable if they caused impaired driving accidents.

A Boston drunk driving accident lawyer can provide assistance to victims in pursuing a case to obtain compensation from drunk teen drivers if you are hurt in a car accident or if your loved one is killed in a collision.

Since teens must have insurance coverage to drive, the insurer should pay for losses the accident has caused, even if a young teen driver has no assets which belong directly to him. Victims can get help from an attorney to negotiate a settlement outside of court with the teen’s insurer or can obtain compensation by going to court and proving a teen driver caused a collision on prom due to being drunk.

What are the Risks of Drunk Driving Accidents on Prom Weekends?

One big reason prom season is so dangerous: teenage drivers generally believe everyone is drinking around prom time. In fact, US News and World Report indicated 90 percent of teenagers responding to a survey said they thought their peers would be driving drunk during prom. Just six percent of young people actually admitted they had driven while intoxicated after a prom event, but the fact they think their peers are driving impaired in such record numbers is a big problem. When teens believe everyone is doing something, they are more likely to think they will be OK if they also do the same thing. Not only that, a teen may also be more likely to get into a car as a passenger when the driver is impaired if the teen thinks drunk driving is just a common part of prom night.

Parents should make sure teen drivers have safe transportation so they do not become involved in fatal drunk driving accidents after a prom event. If a teen driver does decide to drive drunk and hurts someone, the victim of the accident or his surviving family members should reach out quickly to a legal professional who can help with the process of recovering compensation for injuries sustained in a drunk driving accident.