The summer is a really dangerous time for driving, and some of the highest risk times on the road occur on Memorial Day Weekend, Fourth of July Weekend and Labor Day Weekend. Why are these days so dangerous? One simple reason: Impaired drivers.

People drive drunk far more often during summer holiday celebrations than they do at most other times of the year, and they put themselves and others at risk. 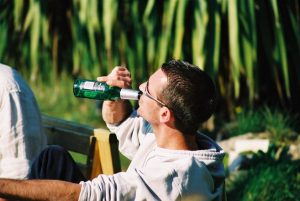 Drunk drivers are breaking the law. Not only can an impaired driver face criminal charges, but a driver who is drunk can also be sued by victims of any crashes the motorist causes to occur.  Victims should consult with a Boston drunk driving accident lawyer who can help them to obtain toxicology reports, police testimony, witness testimony and other evidence necessary to prove a driver was drunk and caused an accident to happen.

If you are attending summer parties during the holidays, don’t put yourself in jeopardy of injuring yourself or someone else. Follow a few simple tips to make sure you stay safe and sober.

Tips to Avoid Drunk Driving Accidents During the Summer Holidays

Memorial Day, Labor Day, and Independence Day were all on USA Today’s list of the most dangerous holidays. However, National Safety Council reported the Fourth was the highest-risk holiday during many previous years.  In 2013, for example, 540 motorists died just during the four-day travel period for the Fourth of July.

Drunk driving is a leading reason why so many accidents happen on the fourth, as well as during other summer holiday weekends. USA Today reported on data collected by National Highway Traffic Safety Administration between 2007 and 2011. According to NHTSA, alcohol accounted for 61 traffic accidents every singe day during the Fourth of July travel period. This was “more than any other major holiday.”

To make sure you are not one of the intoxicated motorists on Fourth of July:

If every motorist would take responsibility and not operate a vehicle while impaired, summer holidays would no longer be such high risk times on the roads and families could enjoy their summers instead of having their lives torn apart by car accident tragedies.