Ridesharing companies like Uber and Lyft need all of the good publicity they can get these days. While they seem to be very much loved by the general public, they are running into a lot of potential problems with respect to taxi drivers who believe these companies are unfair competition, car accident victims who wish to sue the company instead of individual drivers, and drivers who desire to be treated as employees instead of independent contractors. 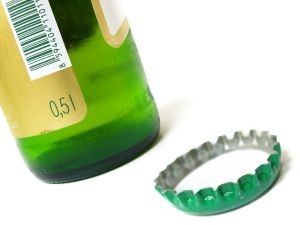 One of the ways these companies are trying to show they benefit society and individual cities is by pointing out the fact they can significantly lower incidents of drunk driving. The hope is that, when someone leaves a bar under the influence of intoxicating liquor, instead of getting behind the wheel, which can result in a fatal Boston drunk driving accident, he or she will take out a smart phone and use a proprietary app to call for a ride from one of these companies.

At least in some cities across the nation, these ridesharing companies are helping to seriously reduce the numbers of drunk drivers on the roads. According to recent news article from Breibart, the city of San Francisco has released data showing there has been a dramatic reduction in drunk driving incidents in the time following the implementation of these ridesharing services.

The data is based upon a study conducted at the University of California at Berkeley. Specifically, within the state, Uber is believed to be responsible for a 3.6 percent to 5.6 percent decrease in the rate of deadly car accidents each quarter. With more than 13,000 drunk driving car accident deaths occurring each year across the nation, researchers estimate that a nationwide implementation of ridesharing would result in a savings of over $1.3 billion in taxpayer money and reduction in the number of alcohol-related traffic fatalities by around 500 people per year.

While this would be a great thing if it ever happened, the article does not mention how a ridesharing app would work outside large urban areas, based upon the laws of supply and demand. Essentially, all of these companies work by having drivers agree to turn on the contact app and travel around the city in their personal vehicles until someone wants a ride. They pay a series of fees to the company to be able to accept rides and then give a portion of the fair to the ridesharing company. In an area where there would be very few people riding, and all of those rides involve traveling relatively longer distances than in a city, it seems like it would not be financially feasible for people to drive for them.   Fortunately, these companies have been very successful in cities like Boston, and if this leads to a reduction in drunk driving, society can certainly benefit.

While all cities could be a proper market for these ridesharing companies, it seems the decision to enter a particular market has a lot to with local politics. These companies are more likely to enter a market where there is very little regulation and interference from local government, according to the article.