There is no question there is an increasing amount of support for tougher drunk driving laws in the Commonwealth of Massachusetts.  This is not surprising when we consider that more Americans have lost their lives in drunk driving accidents than they have in all recent wars combined. This means that there are lots of victims of drunk driving accidents, and a lot of family members who lost a loved one as a result of a serious drunk driving crash. 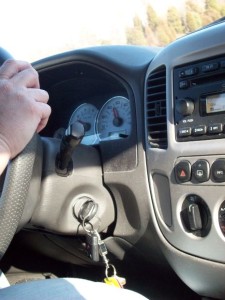 A recent feature from the Lowell Sun looks at an effort now being made to increase the penalty for drunk driving in Boston and throughout the Commonwealth of Massachusetts.  This new proposed law deals with the use of ignition interlock devices being installed on cars. The devices require a vehicle operator to blow into a breath test tube to verify he or she is not intoxicated.  The test is required to start the vehicle, and it is also required at random points while driving. The reason for the random tests is that some drunk drivers will have a sober person blow into the tube to start the car, so they can operate the vehicle.

This is what police and prosecutors commonly refer to as a “blow and go.”  However, this added protection is not foolproof, as we have seen various cases where the driver will have their own child ride along with them in the front seat of the vehicle to blow into the tube whenever needed.

While that practice clearly shows a complete lack of regard for the safety of others, including their own children, our Boston drunk driving accident lawyers are no longer surprised at the lengths some drunk drivers will take to avoid paying for a cab ride or making alternate arrangements to get home without causing a serious or fatal drunk driving accident.

While there have been many efforts to reduce the number of drunk driving incidents in the Commonwealth or Massachusetts, in the past decade, there have been around a quarter of a million such instances in our state alone.  Currently, the ignition interlock device is needed in order to get a hardship license, allowing a convicted drunk driver to use a car to get to work when this is necessary to prevent getting fired.  One of the reasons for this is that judges and lawmakers realize that if you completely destroy a person’s livelihood at sentencing, you are making it more likely that person will repeat their criminal actions.

This new Senate Bill (S 1895), if passed into law, would require anyone convicted with Operating Under the Influence of Intoxicating liquor to have an ignition interlock device on any vehicle they drive. While this will certainly help to reduce the number of drunk driving accidents, one of the reasons it is so controversial is because of the cost of having an interlock device.  Not only must defendants pay a few hundred got get the device installed, but they also have to pay a monitoring fee that can be hundreds of dollars per month.

Pitch made to expand use of ignition interlock devices, February 25, 2016, Lowell Sun