A man in Framingham, Massachusetts was arrested for drunk driving, according to a recent news article from CBS Boston.  While this happens all the time, especially around the winter holiday season, it is not every day that the man being arrested casts a spell on the arresting state police trooper, as this is what the prosecutors have alleged. 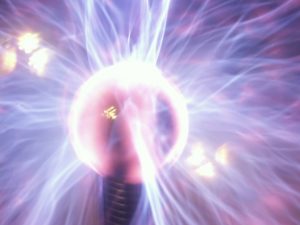 A spokesperson for the Massachusetts State Police (MSP), has said that the troopers first found the 36-year-old defendant sitting in his car that was stopped in the shoulder of Interstate 495.  This was around 3 a.m. when he was found in the breakdown lane of the Interstate. When troopers approached his vehicle, they quickly noticed there was an open bottle of liquor in the passenger compartment.  Upon further search of the passenger compartment, they found a bottle of prescription muscle relaxers.  One thing to keep in mind is that if the factory seal has been broken, it may be considered an open container even if the cap was on.

One thing to keep in mind is that it is not legal to drive a motor vehicle under the influence of prescription drugs.  While this might seem like common sense, many people seem to be under the impression that if a doctor prescribes it, it is okay to take and then drive.  In Massachusetts, especially in the greater Boston area, as our car accident lawyers have seen in far too many cases, many people will go to a methadone clinic and then try to drive home while under the influence.  The reason there is such a problem with methadone driving cases in Boston is because of the serious problems we have seen with heroin addiction in our area.  Methadone is used to get people off heroin, but the drug itself also causes the effects of narcotics.

In this case, the troopers pulled the driver out of the vehicle and asked him to take a series of standardized field sobriety tests, which the man agreed to take and allegedly failed.  At this point, the man allegedly attempted to cast some type of spell on the arresting trooper and told the trooper he just “shot acid” on the trooper.  At this point, he was taken to a state police barracks and placed under arrest for operating a motor vehicle under the influence (OUI) of alcohol or drugs.

When he was in court for his arraignment, he reportedly heard that he attempted to cast a spell on the arresting troopers and blurted out that he does not know how to cast spells, so he couldn’t have done it.  He was ordered to be released from jail by the First Session judge and ordered not to drive without a license and not to drive after the consumption of any alcohol.  These are standard conditions for anyone who was arrested for drunk driving.

It should be noted that he has not been convicted of any crimes in connection with his recent arrest.  He is presumed innocent unless and until he is found guilty in a court of law by a judge or jury beyond a reasonable doubt.