More traffic collisions are occurring in states that have relaxed marijuana laws.

The National Transportation Safety Board reported this week that drug-impaired driving is on the rise across the country, and has been blamed for several high-profile incidents, including a crash last year in which authorities report a 20-year-old man crashed his truck into a church bus while under the influence of marijuana and a sedative. Twelve people on the bus were killed. 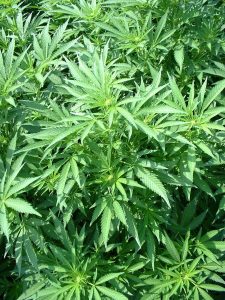 CBS Boston reports a 2017 study found an overall increase in car crashes in states that have legalized recreational marijuana. Researchers estimated the frequency of collision claims per insured vehicle year, controlling for differences in other factors that could contribute to an accident, including age, location, job status and weather, and still saw an increase. A second study released this week at the  Alcohol- and Drug-Impaired Driving summit at the insurance institute’s Vehicle Research Center, also found an increase of more than 5 percent in the number of traffic collisions.

The National Transportation Safety Board is calling for better training and more tools for police to detect drivers under the influence of drugs. In addition to the increasingly relaxed attitudes toward marijuana in the United States, the nation continues to battle an opioid epidemic that is now claiming more lives each year than the 34,000 people who die in motor-vehicle collisions. The NTSB is encouraging the National Highway Traffic Safety Administration to come up with a system of best practices and model specifications for oral fluid drug screening devices that police can use when they pull someone over under suspicion of intoxication.

Nationwide, at least one-third of all fatal traffic collisions are blamed on a motorist who is under the influence, resulting in more than 10,000 deaths per year. In Massachusetts, drunk drivers are blamed for more than 150 traffic deaths each year. The vast majority of known intoxicated driving cases involve alcohol, in large part because it is easily smelled and readily detectible. However, it’s believed intoxication in an increasing number of crashes is going undetected in cases where drugs are involved.

Early consultation with an experienced Boston injury lawyer is critical in these cases.

Most car accident lawsuits in Massachusetts are filed as negligence claims under Massachusetts tort law. Plaintiff (victim) must prove driver owed a duty of care (as all drivers do in Massachusetts) and violated that duty, resulting in a victim’s injuries and damages. Under General Law – Part III, Title II, Chapter 231, Section 85L , passengers in an at-fault driver’s vehicle may also be entitled to collect damages against the operator upon proof the driver was guilty of negligence resulting in a victim’s injuries and compensable damages.

Under the laws of contributory negligence in Massachusetts (General Law – Part III, Title II, Chapter 231, Section 85), those found partially to blame may still collect damages from an at-fault party, provided the at-fault party was more negligent than plaintiff. However, a finding of fault on the part of a plaintiff will proportionately reduce any damage award.

In addition to marijuana, illegal drugs and opioids, prescription medications can also impact driving ability. This is particular true with crashes involving older motorists, as seniors frequently take multiple medications. Even medications that do not warn against driving can negatively impact ability, particularly when interacting with other medications.

Thorough investigation of collision causation is best done in the immediate aftermath of a crash. Consulting an experienced car accident law firm in Massachusetts can help ensure all elements of a collision are thoroughly investigated.

Liable parties may include an intoxicated driver, a vehicle owner, a business or a social host.

Massachusetts auto insurance law mandates each driver carry $8,000 in personal injury protection (PIP) and Bodily Injury coverage of $20,000 per person/$40,000 per accident. However, these mandatory minimums can be entirely inadequate after collisions that result in serious or fatal injuries, or in cases where multiple victims make claims for damages. Fortunately, Massachusetts in among the states that require motorists to carry uninsured motorist (UM)/underinsured motorist (UIM) coverage. This coverage must be carried in like amounts to bodily injury coverage, with a minimum of $20,000 per person/$40,000 per occurrence.

Making an uninsured/underinsured motorist claim against your own insurance company is another potential avenue of recovery. It’s important to understand that your insurer will treat not as a customer in such cases, but as any other claimant. Thus, these claims are best handled by your car accident attorney along with your claim against the at-fault driver or other third parties.

We all must do our part to avoid these collisions in the first place. The U.S. Department of Transportation is already rolling out its Don’t Wreck the Holidays campaign. Driving under the influence is never worth the consequences. Other options are readily available, particularly today’s connected world, with Uber and other transportation apps at your fingertips. Being arrested for intoxicated driving is expensive and embarrassing. But even those consequences pale in comparison to causing a tragedy.

The National Highway Traffic Safety Administration reports nearly 4,000 people were killed in December drunk driving crashes over a 5-year period. Resolve to not drive under the influence and don’t forget to include the young drivers in your family when it comes to talking about the risks.