In single-vehicle DUI accidents, passengers’ only recourse may be to file claims for damages with the insurance company of the driver. If claims are denied, they may need to sue the driver. Some are loathe to do this because the driver is a friend or family member. The truth of the matter is such claims are not personal. While the named defendant is a loved one, you’re ultimately seeking payment from the insurer.

In one recent single-vehicle drunk driving accident, a woman had crashed into a cluster of trees. According to a recent news article from the Newton Patch, Taunton Police soon learned the circumstances involved in this particular drunk driving car accident were far from ordinary. 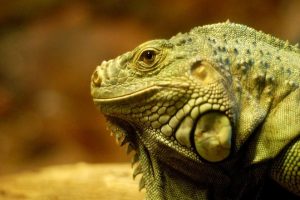 Authorities say they arrived on the scene and found a woman leaning against a wrecked 1999 Mercedes C Class. The car was allegedly on the lawn of a home and in between a small stand of trees.  There was a man sitting in the driver’s seat attempting to restart the crashed car.  He was not the driver at the time of the crash, according to police.When police approached the woman, she allegedly told them she was fine, but that they needed the police to call a tow truck to pull the car back on the road so they could go.  This was not possible, as the car had four flat tires, the airbags had all deployed, and both the front and rear bumpers had fallen off.  When she asked the police to call a tow truck, they asked her how she would hold herself upright if they moved the car, since they immediately suspected she was drunk based upon her alleged behavior and slurred speech.

She was arrested, and as the police went to put handcuffs on her, she told them she had a Bearded Dragon lizard in her bra.  They police took custody of the reptile and took it back to the police station and later turned it over to animal control, who took the lizard without incident. It should be noted that, despite the charges filed against her, she is presumed innocent unless and until she is found guilty by a judge or jury beyond a reasonable doubt.

While this Boston area drunk driving accident did not result in any serious injury or death, many of these accidents do result in much more serious injuries. One typical case involves a passenger in a drunk driver’s car being injured.  This happens much more often than many would think.

For some reason, while many people would not personally drive drunk, they are more willing to get in a passenger seat of a drunk driver’s car than behind the wheel.  The reason for this is because, as we can see from the focus of many anti-drunk driving campaigns, most people are far more afraid of being arrested for drunk driving, or OUI as its called in Massachusetts, than they are of being in a serious or fatal drunk driving accident.

However, when a passenger is in a drunk driver’s car, and the drunk driver is at fault in the accident, the passenger may be able to file a personal injury claim following the accident with the insurance company that holds the drunk driver’s policy.   While this may not seem like the most pleasant thing to do, it is often the only way to obtain compensation for your pain and suffering, lost wages, and other types of special damages.  The best thing you can do following a serious drunk driving accident is to speak with an attorney who regularly handles these types of cases and will do what is necessary to get you the recovery to which you are legally entitled.