The National Transportation Safety Board (NTSB) is proposing lowering the blood alcohol content (BAC) from 0.08 grams of ethanol (drinking alcohol) per hundred milliliters of blood to 0.05. While this may not seem like a significant reduction, it is very significant, according to a recent news article from Fox News. 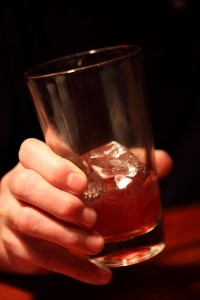 There have been many studies on how alcohol affects the human body and how intoxication affects one’s ability to safely drive a motor vehicle in a manner as to avoid a serious drunk driving accident. The vast majority have been conducted by the National Highway Traffic Safety Administration (NHTSA) since significant research efforts into the dangers of drunk driving began in the 1970s.

In addition to NHTSA (pronounced “Nit-Sa”), the United States Centers for Disease Control (CDC) have also conducted significant research on the effects on one’s ability to drive at varying levels of intoxication. As a general standard, the agency used a 160-pound man to gauge the effects of alcohol on the human body.

For this 160-pound person, it would take three drinks in one hour to reach a blood alcohol level of .05. For the purposes of this study, a drink is either a 12-ounce beer, a 4-ounce glass of wine, or a 1.5-ounce shot of liquor. Obviously, not all beers or liquors have the same alcohol by volume (ABV), but, on average, these numbers will work. However, it should be noted that because every person is different and many drinks are different, it is hard to tell how much alcohol it actually takes to get to .05 grams of ethanol per hundred millimeters of blood, and it may take only one or two drinks instead of the three noted by CDC researchers.

As for the difference between .08 and .05, the CDC says, for the average 160-pound male, it would take around four drinks per hour to reach the .08 level. Aside from the amount of alcohol it would take to reach the various levels, the CDC has also done research on the difference between a person with the two BAC levels in terms of their ability to drive in a safe and reasonable manner in order to avoid a drunk driving car crash.

It should be noted, the federal government does not have the power control how every state defines drunk driving and what they determine a per se level of intoxication should be to sustain a drunk driving conviction. Forcing states to lower the legal limit would be a violation of the 10th Amendment. However, Congress can say that they will not provide the states with highway funding unless they agree to lower the state BAC limit. This is how the 0.08 BAC law came into effect.