When we think of the damage a drunk driver can cause, we are typically thinking about what horrific things that can happen when a car hits another car or pedestrian. However, we have seen numerous cases in Boston and across the nation where a drunk driver crashed into a home or structure. This could obviously result in serious injury to those inside the home as well as any other vehicles that may have been involved in the accident. 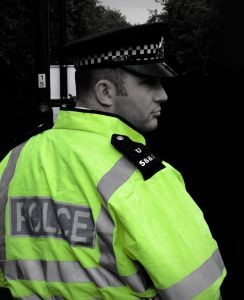 A recent news article from Southern Maryland News Net describes an alleged drunk driving car crash with facts somewhat different that the typical case. In this case, authorities have said the crash occurred just after midnight on a Wednesday morning. Sherriff’s Deputies were called to the scene by witnesses after defendant’s car allegedly crashed into a strip mall in Calvert County.

The car crashed directly into a floral shop and burst into flames. By the time the deputies arrived on the scene, the floral shop, a dry-cleaning business, a nail salon, and a tax filing business were all engulfed in flames. While the local fire department dealt with the burning strip mall, and EMS checked the condition of those on the scene, including the driver, deputies began trying to figure out exactly what happened.

The driver of the vehicle, a 32-year-old local resident, was already out of his car by the time the police arrived, as bystanders had pulled him to safety.   Upon questioning the driver, deputies became convinced he was intoxicated and had been driving the vehicle under the influence of alcohol at the time of the crash.

As the fire, it had become so large that neighboring counties sent their respective firefighters and equipment to assist battle the blaze. Fortunately, the fire was able to be put out, and it does not appear that anyone was injured.   The incident did, however, cause major road delays all around the area, and traffic was at a standstill for hours during the morning rush.

In addition to fire personnel, police, and EMTs, the building inspector was called to the scene to assess the structural damage to the businesses in the strip mall and determine if they were safe to occupy or in imminent danger of collapse. There has been no release on the condition of the damaged business as of the time of this article. To make matters worse, the water used to the fight the fire had covered many of the roads and froze overnight making the traffic delays even worse, as there was now a thick sheet of ice on the asphalt surface. Utility crews were then called to the scene when it was determined that power transformers and utility poles were were destroyed in fire, causing significant outages and the dangers associated with live wires that have been cut.

Essentially, if the allegations are true, a person decided to drink to the point of intoxication and was involved in a serious drunk driving car accident that destroyed a strip mall, caused much of the county to be stuck in gridlock, and caused many to be without power. While fortunately, nobody was injured severely in the car accident and the fire, this still goes to show just how much damage one drunk driver can do. However, it should be noted that defendant has not been convicted of any charges with respect to the alleged drunk driving incident and is presumed innocent unless and until his is found guilty beyond a reasonable doubt buy a judge or jury.