Over the past decade, more and more states have been moving toward the legalization of marijuana. In many cases, we are talking about medical marijuana, but in some states were are talking a complete legalization of marijuana for recreational purposes.  Colorado and Washington have led the nation in this effort, and other states are following in their footsteps. As of this year, around half of the states and the District of Columbia have legalized either medical marijuana, recreational marijuana use, or both. 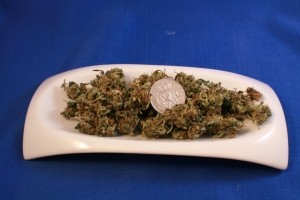 Massachusetts voters will have the chance to vote on Question 4 on the ballot, which, if passed would legalize marijuana for recreational use for adults who are 21 or older.  While many are in support of this legalization initiative, as a recent article from the MetroWest Daily News reports, law enforcement groups in the Commonwealth are united in their opposition to this ballot initiative, and they are getting support from law enforcement officials in Colorado and other states that have already legalized marijuana for recreational use.

While there are a variety of reasons that they are against the legalization of marijuana, one of these reasons is that they predict it will lead to an increase in the number of cases where people are operating a motor vehicle under the influence (OUI) of marijuana.  An OUI drugs is treated the same way in criminal courts in the Commonwealth as OUI liquor, but intoxication may be harder to prove with drugs than with alcohol.  This is also an issue being closely followed by your Boston drugged driving accident lawyers.

With alcohol, if the police suspect a person is driving under the influence, they can do a series of standardized field sobriety tests (SFSTs) and then have the driver submit to a chemical test such as blood, breath, or urine.  With the exception of a urine test, which has its own problems with validity, a breath or blood test is designed to show the level of alcohol in one’s blood at our around the time of the accident. If someone has a certain blood alcohol concentration (BAC) an hour after the accident, this can be very relevant to what a person’s BAC was at the time of the accident.

As of now, there is no breath test for marijuana.  It should be noted that scientists are working on such a device, and some claim they are close, but we are not there yet. This means that police must generally rely on blood or urine tests.  These tests do not generally reveal the presence of THC (the active chemical in marijuana) but rather a metabolite of marijuana.  This metabolite will stay in a person’s system for a number of weeks and does not indicate when the person was last under the influence. They are able to take multiple tests over a period of time and see if the levels are going up or down, but this is not accurate enough to determine anything relevant to the time of the serious car accident.