Despite what many people think, drinking and driving is not a crime.  It is perfectly legal for someone to have a beer and then get behind the wheel of a car and drive, so long as their blood alcohol content (BAC) is not at or above the legal limit of 0.08 or they are not otherwise intoxicated even at a lower limit. 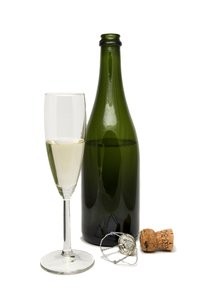 The limit of 0.08 grams of ethanol (drinking alcohol) per hundred milliliters of blood was imposed in all states in 2000 through a federal law, even though the vast majority of states had already adopted the standard by that time.  However, some states still maintained their legal limit at 0.10, which is actually significantly higher that the current legal requirement, as 0.02 can have a major effect on one’s level of intoxication with respect to the ability to safely drive a motor vehicle.

While Congress technically does not have the power to force states to lower their legal limit, they are constitutionally allowed to tie the act to highway funding and say that if they did not lower the legal limit to 0.08, they would not be receiving the highway funding that the desperately need.  This is also how Congress was able to force all states to raise the drinking age to 21 in response to lobbying efforts from Mothers Against Drunk Driving (MADD) and other similar organizations.

The reason for a legal limit is because it creates what Boston drunk driving accident lawyers refer to as a per se standard.  This means that if a person has a BAC of 0.08 or higher, there is no need to prove that the driver suffered from any effects of intoxication, because they are deemed intoxicated as a matter of law.

The problem, as discussed in a recent article from the Huffington Post, is that someone can be intoxicated and unable to safely drive a vehicle at BAC much lower that 0.08, and that is a much more difficult case to prove in a criminal or traffic case, but the conclusion is supported by current and historical research data.  It is important to keep mind that even though a person may not be legally intoxicated, it does not mean they were not negligent, and this can be the basis for a civil car accident lawsuit.  There are a variety of reasons for this, but it is mainly because the negligent standard is different than the crime of drunk driving, and there is a different standard of proof in civil and criminal cases.