Every drunk driving trial, especially ones involving a serious alcohol-related crash that resulted in a serious person injury, should be taken seriously.  Many of these cases will even make the news as a part of a brief public safety story.  However, when a state trooper is arrested for drunk driving following a serious crash, the case can take on a different shape and can become much more newsworthy to the general public.   However, it should be noted that every drunk driving crash is of the highest importance to the victims and their families. 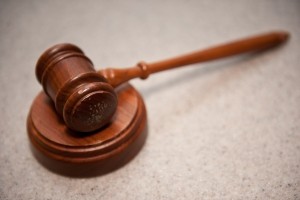 A recent news article from the Eagle-Tribune involves a drunk driving accident in which the accused is a Massachusetts State Trooper.  This trooper was off-duty at the time of the alleged drunk driving accident, which occurred in Salem, Massachusetts, and it occurred in 2014.  Since this case is being tried as a felony in the Superior Court following an indictment, it is normal for some time to pass before trial, especially in a case such as this, where the trial judge just recused himself to prevent anyone from believing he is deciding on issues in a biased manner.

It was defendant’s attorney who moved for this judge to recuse himself in a motion he filed in which he alleged that an objective, reasonable member of the public might question the court’s impartiality.  The judge heard the argument and decided to allow the motion.  In his ruling, he said that based upon his “time management” efforts in this case, an objective member of the public might reasonably question his impartiality.  In other words, the judge was trying to fast track this case in a way that some might think is being harsh or unfair towards the state trooper accused of driving drunk and causing an accident in the serious Salem drunk driving car accident.

It should be noted that the judge did not admit nor was there a claim that there actually was any impartiality on behalf of the court in favor of the prosecution, but he agreed to recuse himself for the remainder of the year in the interest of avoiding even an appearance of impartiality.  It should also be noted that the state trooper has not been convicted of any crimes in connection with this pending case and is presumed innocent unless and until he is found guilty beyond a reasonable doubt by a judge or jury.  In this case, there will likely be a trial by jury.

As for the alleged facts of the serious drunk driving accident, the off-duty trooper is said to have been driving his classic 1960s Corvette under the influence of alcohol when he ran off the road and crashed headfirst into a utility pole.  While he was arrested for operating a motor vehicle under the influence of intoxicating liquor (OUI), assault and battery with a dangerous weapon, and possession of firearm while under the influence of alcohol and/or drugs, the defense claims that there is very little evidence as presented to the grand jury that the trooper was actually intoxicated at the time of his arrest.  Defense counsel has filed a motion to dismiss, which will not be heard until later this month by a different judge following the recent recusal.

Judge steps away from trooper’s drunken driving case, May 11, 2016, Eagle-Tribute, BY Jill Harmacinski