Insurance companies, as well as the National Highway Traffic Safety Administration (NHTSA) are constantly doing studies and looking at the rates of serious and fatal traffic accidents across the country.  They are doing this for different reasons, as the insurance companies want to save money by not having to pay out claims, and NHTSA presumably wants to save lives, but the results are generally the same, and they are not always promising. 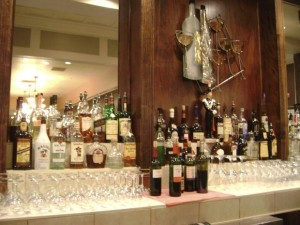 According to a recent news feature from the Boston Globe, there has been a huge increase in the year over year numbers of highway fatalities in the nation, as compared to last year.  In fact, this increase accounts for the single largest increase from one year to the next since the late 1960s, and this is causing some serious alarm, and there is good reason for this.

As for the numbers, there were just over 35,000 deaths on U.S. Highways last years alone.  In the year prior to last, there were 7.2 percent fewer fatal traffic accidents in the nation, and that is a serious increase.  These numbers include increases in accidents due to drunk driving, speeding, and distracted driving, in addition to other causes.

The study includes data that shows the number of accidents involving tired drivers, drunk drivers, those texting or otherwise using an electronic device, and whether or not they were wearing a seat belt at the time of the fatal accident.  It should be noted that while many people are aware of the dangers associated with drunk driving, people seem to significantly underestimate the dangers associated with texting and driving and other types of distracted driving.

Studies have shown that distracted driving is just as dangerous as drunk driving, and in some ways, more dangerous, because there are many people who engage in distracted driving than there are who engage in drunk driving on a regular basis.  If someone is texting or reading an email on their smart phone while driving, they are literally taking their eyes off the road for an extended period time, and there is nothing safe about this.  We see people crashing into cars that are stopped in front of them and see people driving on the road while texting and then making abrupt and even erratic corrections to avoid a collision.  This swerving and drifting can obviously result in more serious car accidents than it will likely prevent.