Mothers Against Drunk Driving (MADD), the National Highway Traffic Safety Administration (NHTSA), and law enforcement agencies across the country have been trying for decades to find a way to reach potential drunk drivers and keep them from getting behind the wheel. While one might think that risk of getting a serious drunk driving car accident that could result in severe personal injury or death would be enough to deter someone, that doesn’t seem to be the case. 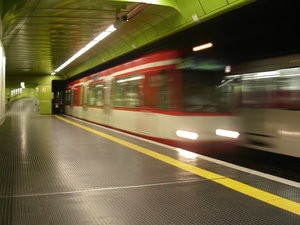 This is evident from the many commercials and campaigns we see. These anti-drunk driving campaigns are being generated based upon studies and the use of focus groups to determine what has the best chance of reaching potential drunk drivers. Based upon this extensive research, it seems that most people are more afraid of being arrested and having to pay for a criminal defense lawyer and also for court costs and fines. This is evident in the commercials with slogans such as “you just blew $10,000” accompanying imagery of someone blowing into a breath alcohol testing device, which people commonly refer to as a Breathalyzer.

In addition to having to pay such high costs, people are often concerned with loss of a driver’s license. While even if someone lost their license following a drunk driving crash in Boston, it would still be easy to get around on T and other forms of public transportation, if you live out in suburbs of Boston or in Middlesex County, it would be very difficult to live and work without a driver’s license. However, even this fear is not strong enough to seriously reduce incidents of drunk driving arrests and drunk driving accidents in the Commonwealth of Massachusetts.

Some jurisdictions have taken a different approach. As discussed in a recent article from WJHL, legislators are working on plans to have repeat offenders only get their respective driver’s licenses back if they purchase a new license plate that tells the world that they are a repeat drunk driving offender with multiple convictions. While this first time this is being tried in Mississippi, other states such as Ohio have a special repeat DUI offender license plate requirement for years. While it is certainly embarrassing, as the legislators intending when fashioning such a law, there is still a question as to whether the new plates will result in a significant reduction in the number of drunk driving car accidents.

There will also be an interesting question if officers can use the plate as additional probable cause of reasonable suspicion when they suspect a driver is intoxicated. While this presents some interesting constitutional rights issues, at the very least, it might help the police pull drunk drivers over before they are involved in a serious drunk driving crash.

One of the issues with whether it will actually deter drunk driving has to do with the fact that many repeat offenders with numerous drunk driving conditions tend to suffer from severe alcohol dependence. Once you are dealing with someone who is a heavy drinker who has been that way for years, it is often hard to get him or her to exercise sound judgment, and this is the reason for some of the more serious alcohol-related car accidents.