There are many people who drink until the point where they are intoxicated and then get behind the wheel of motor vehicle.  They do it all the time, night after night, and hope they won’t get caught or get into an accident.  The primary fear however, is getting caught, not getting into an accident, for most people. 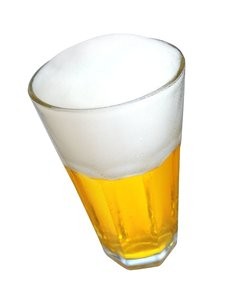 There are two ways we know this. The first is that most of the anti-drunk driving commercials have slogans like, “Drive hammered, get nailed,” or “Sober or slammer.”  These are not randomly chosen slogans, or simply picked because they rhyme.  There are extensive focus groups and psychological data that shows what prospective drivers fear in terms of drunk driving. The second reason we know this is because even people who would never drive drunk have no problem going out for a night of drinking with friends and then getting in the same car as a passenger being driven by someone who is obviously drunk.  If they were scared of getting in a car accident, they would not do this if they were not scared of getting into an accident.  The reason they feel relatively safe is because they know they will get arrested for drunk driving as a passenger in the car.

According to a recent news feature from Westword, police in Colorado created a fake brewery tour to prove this point.  They created a fake tour bus that was painted with the logo of a new fake brewery.  They said that anyone who participated could ride for free and be taken to different bars to drink as much as they wanted.  There would be no charge for going on the beer tour, but they had to consent to being filmed.  The reason for the filming was supposedly because the new brewery was creating a promotional video, and they need people to participate.  As one might expect, it was not hard to get people to sign up to go on the bar tour bus.

What they did not know was the driver of the bus was going to be overtly drinking fake alcohol all night and would appear to be getting more and more intoxicated. If people were afraid of getting in accident, you would think they would say something to the driver and even refuse to get back on the tour bus.  What actually happened, as the police and organizers suspected would be the case, was that the participants had no problem with the tour bus driver drinking with them and then driving a bus full of people while drunk.

To make matters more interesting, the bus was taking the passengers to a group of three brewery bars that were only two to three blocks from each other and from where they started the tour.  In other words, it is not like these passengers were stranded if they did not get back on the bus as they could have easily walked.