In 2010, the market was being flooded with alcoholic beverages that were mixed with ingredients from popular energy drinks, such as taurine and caffeine.  It did not take long for people to realize the dangers of the beverages in terms of drunk driving and for the U.S. Food and Drug Administration (FDA) to warn of the dangers of these products, and they were soon largely taken off the market. This was after many reports of drunk driving among college students, alcohol poisoning and other serious issues. 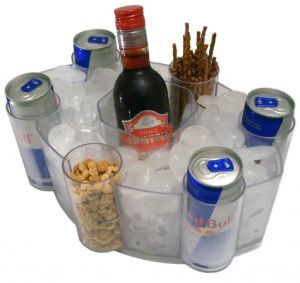 However, according to a recent news article from ARS Technica, there is a now a real danger of people drinking non-alcoholic energy drinks causing more incidents of drunk driving and more drunk driving car accidents across the nation. This report came as a result of a six-year study that followed 1,000 college students.  Study managers concluded that the more energy drinks a subject consumed, the more likely it was for that person to drive a vehicle while under the influence of alcohol. While this should come as no major surprise, since we saw these same results when dealing with alcoholic energy drinks six years ago, this study is a first because it looks at the effects of alcohol and the effects of energy drinks independently. What researchers surmise is the reason for an increased number of drunk driving incidents, including drunk driving car accidents, is that when a person consumers these energy drinks or either before, during, or after drinking large quantities of alcohol, they do not suffer from the sedative effects of alcohol and are essentially what they now term “wide awake drunk,” as opposed to black-out drunk.

While those in the energy drink industry will obviously not agree with these results, what we have is young people who are heavily intoxicated, and, due to the effects of the energy drinks, are wide awake instead of passing out from drinking too much.  This means they are awake to do things like drive drunk, and, in many of these cases, they have a much higher blood alcohol content (BAC), but they are still awake after consuming such a high quantity of alcohol due to the stimulant affect of the energy drinks.

There is also a suggestion by study creators that, since the energy drink companies are marketing to people who like to take risks, based upon the nature of their many exciting ads, they are getting people who are more likely to drive drunk, since that is a risky behavior.  Whether or not this assumption is actually correct, as our Boston drunk driving accident lawyers have seen, those who engage in drunk driving are, in fact, acting with a complete disregard for their own safety and the safety of others.  It is for this reason that, once it has been established that a person was driving a vehicle under the influence of alcohol, this will generally be sufficient to establish the first two elements in a negligence action. These first two elements are that the defendant owed a duty of due care to prevent a foreseeable injury to a foreseeable plaintiff and that the defendant breached that duty of due care.