When we think of drunk driving, we are normally thinking of a person under the influence of alcohol, or sometimes drugs, who is behind the wheel of a car or truck. However, to the surprise of many, you can also get arrested for drunk driving in many non-traditional, or even non-motorized, types of vehicles. This can include unpowered bicycles or even scooters.

According to a recent news article from Click Orlando, a man in Florida was arrested for allegedly riding a motorized wheelchair while drunk. Authorities say the 54-year-old defendant was blocking traffic on a bridge with his powered wheelchair. They said someone called 911 and reported an intoxicated man on the bridge obstructing traffic on the bridge. Police further say that, when they arrived at his position, he did not follow their instructions. Police also say he refused to take an alcohol breath test and refused medical attention for an open wound on his body. Authorities ran his criminal history, and he allegedly had two prior convictions for drunk driving. 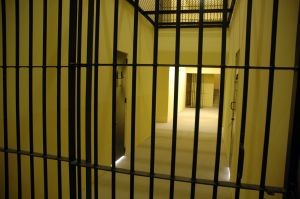 First, it is important to note that this defendant has not been convicted of any crime in connection with this incident involving a motorized wheelchair. Many jurisdictions specifically exclude wheelchairs and motorized wheelchairs in the definition of a vehicle in the applicable drunk driving statutes, because this is seen as discriminatory in nature. If a person is wheelchair-bound, he or she is not able to walk. This means that the only way for a person in a wheelchair to get home from a club or bar is in their wheelchair. It is the same as walking for these people. Since we would not charge a person with walking under the influence, in the Commonwealth of Massachusetts, we do not charge a person in a wheelchair, motorized or not, with operating the wheelchair while drunk.

This is not to say you cannot be arrested for being drunk and blocking traffic on a bridge while drunk, but the charge would not be drunk driving. There are criminal charges for obstructing intersections and breaching the peace.

Regardless of whether or not it is actually against the law, one can easily see why riding a non-powered vehicle while drunk in traffic could lead to serious personal injury or even death. Boston drunk driving lawyers have seen accidents where a driver tried to avoid person riding a bike in a negligent manner, and the act of trying to avoid a hitting the bike caused the car to collide with another motor vehicle. In this case, the driver who swerved to avoid the bicycle could be sued for negligence in connection with a serious car accident. The person on the bike could be charged with negligence. Both drivers may sue the bike rider due to his or her role in the serious drunk driving accident. The fact bicycle rider was intoxicated may be used to establish a breach of his or her duty or care owed to one or both plaintiffs. This makes sense, because a drunk bicycle rider can be very dangerous to others on the road.