When we hear about cases where a person is arrested for their fifth, sixth or even ninth drunk driving offense, there is a very high chance that the defendant did not possess a valid license to drive at the time of his or her most recent arrest. It is more likely than not that the he or she has multiple concurrent suspensions and cannot legally drive for many years to come, if at all. 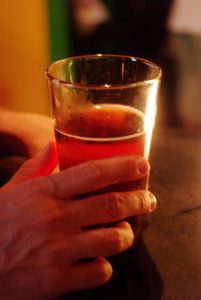 However, according to a recent press release from Mothers Against Drunk Driving (MADD), this is not only the case for multiple repeat offenders.  Their research suggests that as many as three out of four drunk driving defendants who have had their privileges to drive revoked will continue to do so, and this is a major problem for many reasons.The obvious problem is that people who frequently drive drunk and have been arrested multiple times are much more likely to cause harm to others on the roads and sidewalks, as our Boston drunk driving attorneys have seen on far too many occasions.  Another major issue for victims of drunk driving car accidents is that people with multiple suspended licenses generally do not have car insurance, because that usually requires a license and an SR-22 high risk policy, as it is often called.

While it is possible that the driver is wealthy and owns property, as anyone can be an alcoholic regardless of his or her social status, it would not be a stretch to say that most people who are driving without a valid license to operate a motor vehicle are not independently wealthy.  However, this does not mean that you do not have a valid case if you have been in an auto accident caused by a drunk driver who was uninsured.

First, it is important to distinguish between having a valid claim for damages and having a case in which you are likely to collect.  In some cases, the defendant is clearly liable, but he or she has no money and is likely heavily in debt.  When somebody doesn’t have significant source of income and doesn’t own any property, we typically say that this defendant is judgment proof. This means that even if you win the case and get a judgment, there is no way to collect on that judgment, so they are judgment proof.

The reason why you may still have a way to get compensated for your loss as a result of the Boston drunk driving accident is because if you or a member of your immediate household owns a car and has an insurance policy on that car, you likely have what it known uninsured motorist (UM) coverage. UM coverage, also called UIM coverage in some cases, was sold to you when you got your liability insurance policy, even if you have never heard of UM or UIM coverage.  The reason for this is because, in Massachusetts, the law requires that insurance companies provide UM coverage unless you specifically disclaim the coverage, which typically doesn’t happen.