According to a recent news article from Courtroom View Network, a case in trial in West Palm Beach, Florida involves a car accident that resulted in the death of the driver and one passenger. Court records indicate that the driver and her friends had been drinking throughout the evening at a local bar. 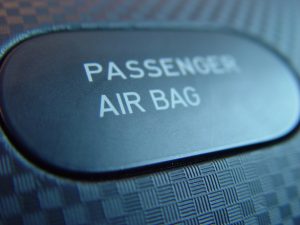 On their way home from the bar, driver’s father claims a defect in the airbag ignition system caused the airbags to deploy after the vehicle struck a curb as the vehicle was traveling down the road.  When this occurred, the driver allegedly lost control of 2003 Ford Mustang, crashed into a tree, and flipped over.  As a result of this horrific crash, the driver and the front seat passenger were both killed.

Victim’s father has alleged that the force of the car hitting the curb should not have been sufficient to cause the airbags to be deployed, and he has sighted the car’s own onboard diagnostic recorder to prove this allegation.  As our Boston drunk driving accident lawyers can explain, all modern cars contain an onboard diagnostic (OBD) computer that will monitor most systems in a car and record that data for use during a vehicle crash investigation. As we have discussed in other posts on this blog, this is similar to the black box found on commercial airline jets; however, it is much less sophisticated. This device will record the speed of a vehicle, the reason an airbag deployed, and whether lights were on at the time of a crash, but it does not record conversations in the passenger compartment of the vehicle, or any audio or video for that matter.

There was some type of toxicology, blood most likely, as urine and breath would not be possible with a deceased victim, and it indicated the driver was allegedly over the legal limit.  However, the victim’s father argues there is not data on how the test was conducted and whether it was a properly admissible sample.

On the other hand, the defense attorneys representing the car company say that it was not the airbag that caused the crash, but rather it was the defendant’s intoxication that caused him to lose control of the car and crash.    They argue that he was driving in a reckless manner and simply lost control because he was drunk, and the crash would have happened regardless of whether the airbags deployed or not.

The defense also compared the type of crash alleged in this case to the type of crash in the airbag testing center.  For example, when a car hits a perpendicular barrier during the crash test, much of the force is dispersed over the wide barrier.  When a speeding car hits a raised curb at an extreme angle, the impact is much more focused, and this level of force could be enough to trigger the airbag even if a vehicle going the same speed would not trigger the airbag during a routine barrier test.

It should be noted that this case has not been handed to the jury to deliver a verdict as of the time of this article, so there have been no findings of liability on behalf of the car manufacture.

One thing to keep in mind is that the passenger in a car accident generally has no liability and will be able to collect damages following a serious or even fatal car accident. This means that if you were the passenger in a Boston drunk driving accident, it should not matter if the driver was drunk or if it was a mechanical defect that caused the accident.  In a way, it is not your responsibility to prove whether it was the manufacturer or the driver.  In some cases, if there if there is evidence that a mechanical defect was partially responsible for the accident, and the driver was also partially responsible for the accident, you can simply list both the driver (or the driver’s estate if the driver was deceased) and company as co-defendants and let them decide who is responsible for what portion of your damages.

If the case were to go to trial, the jury would not only be asked to decide if one or both defendants were liable in connection with the injuries you sustained during your serious Boston car crash, but also they would be asked to apportion the liability among the parties and assign a percentage. The jury might find that one party was liable and the other was not, or they might find that one party was substantially more liable than the other.  Once we know the total damages award and the liability has been apportioned among defendants, each defendant will be responsible for their respective share of the damages. In other words, if one defendant was 10 percent liable, they would be responsible for contributing 10 percent of the award to plaintiff.

If you only file a case against one party, but it is the other party that believes a third party was actually responsible, the original named defendant has options pursuant to Rule 14 of the Federal Rules of Civil Procedure (FRCP).  This rule is known the Third Party Practice rule.  Under Rule 14 (a)(1), the original defendant may name the third party defendant as a party to the action by serving a complaint on the party.  This type of joining of an outside as a defendant by a defendant to a civil action is known as impleader and is actually quite common.

We are using the federal rules here, because even if the accident occurred in Boston and was originally brought in the Suffolk County Superior Court (state court), the corporate defendants will often remove the cases to federal court, because they would rather deal with the procedural rules of the U.S. District Court than a local court, as they believe it might favor local parties more. Car companies, for example, operate in every state, so they can typically sue or be sued in any state, so long as the amount in controversy is more than $75,500 and there is what is known as complete diversity.  In this context, complete diversity means the parties on either side of the case live in different states.  Essentially, the plaintiff should live in a different state than the corporate headquarters or principle place of business. A dealership is not considered to be a principle place of business for the purpose of diversity jurisdiction, so that is good, but having a dealership might be enough to establish personal jurisdiction over the defendant in the forum state.