A recent report by The Drive indicates operating under the influence of drugs is a growing and serious problem in Massachusetts, but one police and government officials aren’t prepared to sufficiently take on. 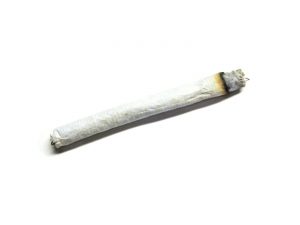 NBC Boston reports the number of driver’s license revocations for operating under the influence of drugs has risen 65 percent over the last three years, with the legalization of marijuana and the rising tide of the opioid crisis blamed. Police say they are “constantly” responding to drugged-driving crashes and stopping motorists who are too high to drive safely. Further, not enough police officers have the proper specialized training necessary to identify a driver who is under the influence of drugs – and prove it beyond a reasonable doubt. That’s because drug impairment isn’t tested the same way as alcohol impairment. With alcohol, MGL ch. 90 section 24 indicates anyone with a blood-alcohol concentration that exceeds 0.08 is considered impaired. However, there isn’t the same kind of testing for drugs, though some states have set arbitrary limits. But a person who uses marijuana daily may have high levels of THC in their blood, yet not meet the criteria for being impaired; drugs tend to stay in the system longer than alcohol, meaning testing positive for it isn’t a surefire indicator of impairment.

That has implications not just for the criminal justice system, but also on civil impaired driving cases, spurred by the crashes these motorists cause. There is of course the indirect impact which is that if law enforcement is ineffective in identifying, arresting and prosecuting offenders, the streets aren’t as safe and we’re likely to see an increasing number of these offenders on our streets. The direct impact, though, is that evidence derived in the criminal case can also be used in civil litigation, though the processes are totally separate. Evidence of impairment can be used when working to establish a defendant’s negligence, or the failure to use reasonable care resulting in a foreseeable harm.

A Harris Poll conducted late last year revealed 6 in 10 Americans do not think marijuana is contributing to the rise in wrecks on the roads. This is contrary to what we know about the reality of it, and it unfortunately appears many people are downplaying the potential risks. While more than 90 percent agreed driving under the influence of marijuana was dangerous and almost as many said doing so makes one a hazard to others on the road, only 40 percent agreed marijuana was contributing to an uptick in traffic deaths.

As it now stands 29 states plus the District of Columbia have some form of legal marijuana. In the first three states where marijuana was made legal for recreational use (Colorado, Oregon and Washington), the Insurance Institute for Highway Safety revealed collision rates are 3 percent higher. This variation, researchers say, isn’t explained away by weather, years of exposure, changes in vehicle density or the economy.

Further, the advent of “self-driving” cars has emboldened drivers to believe they can somewhat check out, some even smoking weed at the wheel. The reality is there is no truck or car in production currently that is fully self-driving, so getting high while driving – at least for now and the foreseeable future – is still extremely dangerous not only to yourself and your passengers but for anyone with whom you share the road. Our Boston drunk driving accident attorneys work to help victims recover the maximum amount of possible damages following an OUI collision.

Still, targeting these dangerous motorists got even harder for police after a Massachusetts Supreme Judicial Court decision last year held that police officers are not allowed to to use sobriety tests to give the court an opinion on whether a suspect is under the influence of marijuana – unless that officers is trained as a drug recognition expert. Because blood tests will only reveal whether a person used marijuana in the last month or so – not whether they are high at the time they were stopped – most police are left to simply write their observations in the report and cross their fingers the judge or jury decides the case in their favor.

The pervasiveness of the problem was further underscored in a recent campaign called “Resist the Risk,” intended to raise awareness about the opioid crisis in the Commonwealth. The adds sparked controversy, but it nonetheless highlights the fact that officials are investing some effort into addressing the problem.

One way that we may be able to address the problem directly is with a new drugged driving initiative, launched by the National Highway Traffic Safety Administration earlier this year. It involves developing a field sobriety test for police to use in traffic stops wherein the suspect the driver is under the influence of marijuana. The test would be specific only to detecting marijuana impairment and would avoid issues with false positives, while also being appropriately sensitive enough to identify when someone’s symptoms aligned with marijuana impairment.

As it stands right now, police in Massachusetts don’t have a test they can use right at this juncture. The Massachusetts State Police did recently finish collecting information on a new roadside drug test they are hoping to start using soon, but none of the agencies contacted by The Drive wanted to go on record to talk about it yet.

What that means in the meantime is that impaired drivers think they can operate with impunity – and essentially, they are.

Some communities are pursuing other means of civil action. For instance, the Central Massachusetts town of Charlton has voted to join another nearby in suing pharmaceutical manufacturers and distributors of opioids for their role in the ongoing crisis. Several other towns and cities are considering entering the fray too. They are asking the court to award them damages for past and future costs of addressing the opioid crisis, as well as create a fund for abatement and award punitive damages. Defendants in those cases include Johnson & Johnson, Janssen Pharmaceuticals, Teva Pharmaceuticals and Purdue Pharma, as well as several wholesale medication distributors. Plaintiffs allege the defendants are negligent and have engaged in civil conspiracy, fraud and deceptive trade practices.

The town is closely analyzing the extent of expenditures and damages set off by dealing with the opioid crisis. That includes police response and motor vehicle crashes.

Drugged Driving Is an Increasing Problem in Massachusetts, Feb. 21, 2018, By Justin Hughes, The Drive