While many associate drunk driving with teens who tend to act in a reckless manner, the victims of serious and sometimes fatal drunk driving accidents can be any age. According to a recent news article from CBS, a family is left to mourn for a 74-year-old victim who was killed as result of a fatal drunk driving car accident, which occurred in Massachusetts. 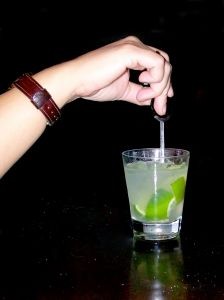 Authorities say the elderly woman left her home on a Friday afternoon to run a quick errand. While she was out, an SUV crashed into her car from behind. At some point after impact, the woman was ejected from her car, but the vehicle continued to travel 100 feet in the wrong direction down the highway, and it then rolled over.

Victim’s daughter said she was on her way home from work and called home to tell them she was going to be a little late. She said her father informed her there was a serious car accident and that her mother did not survive. She said her mother was a compassionate, loving women who did not deserve what she got and said alleged drunk driver will “deserve everything he gets.”

When police arrived at the scene of the deadly drunk driving accident, they immediately suspected driver was operating a vehicle under the influence of alcohol, and, after conducting field sobriety tests, they placed him under arrest for operating a motor vehicle under the influence of intoxicating liquor or drugs, and they will likely add additional charges, since a victim was killed in the accident. It is important to note that defendant has not been convicted of any crime in connection with this incident and is presumed innocent until he is proven guilty beyond a reasonable doubt in court of law.

In a drunk driving case that resulted in the death of a victim, it will be up to the surviving spouse or other person traditionally thought of as next of next of kin to open what is known as a probate estate and then file a personal injury negligence claim against the at-fault driver in order to recover in most instances.

One of the things that can make this matter more complicated, and the reason you should seek a consultation with an experienced Boston drunk driving car accident lawyer, is because the legal concept of next of kin can differ from what people normally assume. In the Commonwealth of Massachusetts, the law is governed by the by the statutes and common law governing what is known as intestate distribution. Intestate or intestacy refers to a person who died without a will. If a person died without a valid last will and testament, the law will determine who will be the person who willact as administrator of an estate and file court documents on behalf of that estate. If a person died with a valid will, the document itself can name who the personal representative (executor) will be. However, even if there is a valid last will and testament, the process can still be very complex.