We are entering the deadliest time of the year for teen drivers. That’s saying something considering traffic accidents are the leading cause of teen deaths all year long.

A confluence of risk factors makes the next 10 weeks or so — from the beginning of spring break to the end of the graduation party season — the most tragic of the year on the nation’s roads. 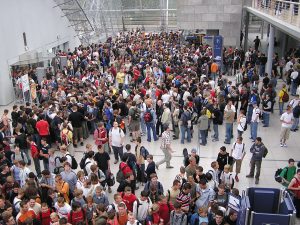 Experienced car accident lawyers in Massachusetts know the leading cause of tragedy is alcohol, closely followed by inexperience. When you mix inexperience with alcohol, carnage on the roads is the unavoidable result.

Mother’s Against Drunk Driving began the year by ranking Massachusetts 36th when it comes to drunk-driving-prevention efforts. Massachusetts received 2 of 5 stars. The report cited Massachusetts’ lack of an ignition-interlock law for all offenders and weak laws against refusing the breathalyzer test as primary reasons for the low score.

Federal statistics show more than 2,300 teens ages 16 to 19 are killed each year and more than 230,000 treated in hospital emergency rooms for injuries sustained in motor-vehicle crashes. Per mile driven, teens are at triple the risk of being in a fatal crash compared to drivers over the age of 20. Presence of teen passengers increases the risks and those risks continue to climb with additional passengers. And the youngest drivers, those ages 16 and 17, are at double the risk of a fatal accident compared to those ages 18 or 19.

Teens are at higher risk of serious and fatal traffic collisions for a host of reasons:

Spring is also a popular time for parents to host parties for young people. Those serving alcohol are at serious risk of being found legally and financially responsible for a tragedy.

Recently, our Boston  injury lawyers discussed Massachusetts dram shop liability law in-depth. MGL ch. 138 section 69 prohibits the sale or delivery of alcohol to an intoxicated person on any licensed premises. Bars and other establishments that serve alcohol to intoxicated patrons can in some cases be held liable for resulting damages, including injury or death in an auto accident.

Massachusetts is also working to educate parents and party hosts about the risks of serving alcohol to those under the age of 21. M.G.L. Chapter 138 section 34 provides for a $2,000 fine and imprisonment for up to 1 year for those convicted of furnishing alcohol to minors. Social hosts may also be found civilly responsible for injuries. While these cases most commonly lead to auto-accident claims, premises liability claims for accidents or injuries may also involve a defendant’s homeowner’s insurance policy. Defendant’s who are charged criminally may face denial of liability coverage by their homeowner’s or auto insurance policy, leaving them personally liable for resulting damages.

Parents may even face liability for injury or death caused by a child under other circumstances, in cases where alcohol or other negligence on the part of a child did not occur in the home. Under Mass. Gen. Laws Ann. ch. 231, §85G

“Parents of an unemancipated child under the age of 18 and over the age of seven years shall be liable in a civil action for any willful act committed by said child which results in injury or death to another person or damage to the property of another.”

Accidents involving teenagers often occur under tragic circumstances and involve multiple victims — in many cases teens are good friends. A delay in seeking experienced legal advice from a Massachusetts injury attorney can be exacerbated when competing claims are made by multiple victims because most auto insurance policies have a per-incident claim limit.

The good news is parents and teenagers can reduce both their risks of a tragedy and their liability in the event of an accident. While elements vary depending on legal claim, generally responsible behavior will often go a long way toward keeping you out of trouble. Massachusetts liability claims center on claims of negligence resulting in damages. Auto accident claims, for example, require an injury victim to establish an at-fault driver breached duty of care to others on the roadway, and thereby caused recoverable damages. Damages may include bodily injury, past or future medical expenses, disability, pain and suffering and lost wages or lost earning capacity.

Motor-vehicle operators must exercise reasonable care under the circumstances. The risk with teens is that there inexperience means they don’t react properly to unusual circumstances, such as inclement weather or heavy traffic. This already puts them at risk. Distracted driving. Inexperience with traveling long distances or substance use only serve to exacerbate the risks. And, of course, failure to follow traffic rules can be evidence of negligence. Often, working with your teens on the basics, can also help keep them safer. Top traffic infractions that lead to auto accidents claims in Massachusetts include:

If you or someone you love has been injured in a auto accident, call for a free and confidential appointment at (617) 777-7777.