Since 1983, New Year’s Eve party goers in Boston have been able to get a free ride home on the T. This is part of long standing effort to reduce drunk driving incidents and help make sure everyone makes it home safe and sound. 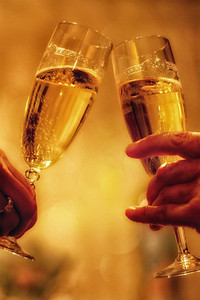 However, this program was not always around. The free rides on New Year’s Eve program was started after a series of deadly drunk driving accidents that all occurred around the same time, according to a recent news feature from Boston.com. This was during the time when Michael Dukakis was governor, and he was especially sensitive to the issue of drunk driving. Dukakis’ brother was ridding a bicycle in Brookline neighborhood of Boston in 1973 when he was hit by a drunk driver.

Four months after the tragic drunk driving accident, Dukakis’ brother died from his injuries. This accident involved a hit-and-run driver. While the driver was never found, it was suspected he was operating a motor vehicle under the influence of alcohol.

Several years later, in 1981, on Christmas Eve, a family of four, including an infant, were all killed when a teenage drunk driver collided with their vehicle. This deadly drunk driving crash occurred in the Hyde Park area.

The following week, on New Year’s Eve, two more victims died in a four-car drunk driving accident. This accident occurred in Andover, Massachusetts and one person was arrested and charged in connection with the deadly drunk driving accident. As if this was not enough tragedy for one holiday season, on New Year’s Day, three more people were killed when their car was sideswiped. This caused them to slam into a concrete retaining wall and, the impact proved deadly. The driver who was deemed responsible for this deadly alcohol-related car accident was charged with operating a motor vehicle under the influence of alcohol.

After these 10 people were killed in Boston area drunk driving car accidents, the governor decided to start a taskforce to study the issue. The following year, the legislature passed laws strengthening the punishment for drunk driving in Massachusetts. This included mandatory jail time for second and subsequent offenders and money for more highway patrol troopers.

The following year, Michael Dukakis was governor for the second time in his life and decided there needed to be more done to curb drunk driving. He said he always assumed the driver who killed his brother was drunk, and that was a major reason for his desire to end drunk driving. Giving free rides on the T on New Year’s Eve was a major part of his initiative to stop drunk driving accidents in Massachusetts. He knew that this would help keep many drunk drivers off the road, as would an increase in public awareness campaigns aimed at young drivers. He increased the use of the campaigns during the time he was governor. It was also in 1983 when the T first offered free rides to anyone on New Year’s Eve, and that tradition has been in place ever since.

The Massachusetts Bay Transportation Authority (MBTA), which is the agency that operates the T, credits the former governor with their reasoning for still giving free rides.