We often hear about the issue of whether athletes and other celebrities should be role models to young children. Some argue that they have a responsibility to set a good example with their behavior on and off the field, and others would say that it is up to parents to set that good example. Regardless of where you come down on this issue, it is clear that young children who are into sports idolize their favorite athletes. For this reason, they are often held to a high standard, and, when something like a drunk driving arrest happens, it tends to make national news. 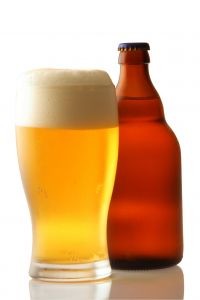 According to a recent news feature from the New York Post, former Buffalo Bills starting quarterback, now retired, Vince Young was recently arrested for drunk driving. Police say defendant, now 32 years old, was charged with a misdemeanor of driving while intoxicated. He was allegedly driving well in excess of the posted speed limit and was weaving over the double yellow line into lanes of oncoming traffic. Police also observed defendant stopped at a red traffic signal waiting for the light to turn green so he could go. However, when the light changed to green, he did not accelerate immediately and instead waited about 10 seconds before stepping on the gas pedal.

When asked if he had been drinking, Young allegedly told arresting officers that he had as many as four beers that night before getting behind the wheel of his vehicle. Police took him to the station and attempted to administer breath test and a blood test, but he allegedly refused both tests. It should be noted that Young has not been convicted of any crime in connection with this incident and is presumed innocent unless and until he is found guilty beyond a reasonable doubt by a judge or jury in a court of law.

If you are involved an accident and the alleged at-fault driver is arrested for drunk driving, but that driver refused to blow into a breathalyzer or submit to a blood or urine test, there are still often a variety of ways in which your Boston drunk driving accident lawyer will be able to establish defendant was driving under the influence.

Much of the behavior noted in the average police report can be used as evidence at trial, as there are often scientific studies on this type of behavior, which is the reason police tend to note it the first place. For example, sitting at a green traffic light for 10 or 20 seconds means that the driver was not paying attention. One of the major clues to drunk driving is this type of delayed reaction. The National Highway Traffic Safety Administration (NHTSA) has been conducting research on the effects and clues of drunk driving for decades and prepared a manual for police to use in the aid of DUI detection. Your attorney can use this manual and this information to help prove your case in the event a drunk driver injures you.