The clear majority of Boston car accident cases are purely civil matters.  The at-fault driver will likely get a citation for one of more moving violations such as failure to stay in the proper lane, or one of the others listed in Massachusetts General Laws (M.G.L.) Chapter 90C. 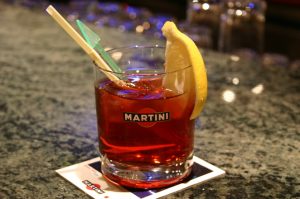 However, unless the driver was intoxicated by alcohol or drugs, or doing something extremely reckless like participating in an illegal street race, there will not be any criminal charges filed.  The plaintiff and plaintiff’s Boston car accident lawyer will negotiate with the at-fault driver’s car insurance company, and probably reach a settlement as most cases will settle. According to the Department of Justice Bureau of Justice Statistics (BJS), the total number of car accident cases going to trial has fallen sharply over the past several decades, which indicates that more car accidents are settling than in previous decades.

As our Boston drunk driving accident lawyers can explain, this is good news as long as the plaintiff has an attorney who will fight for a full an appropriate settlement because this means the plaintiff could get the money much quicker. On the other hand, car insurance companies know which law firms will always settle and never take a case to trial, even if that will result in a more favorable outcome for their clients, so the insurance companies will often make lower offers.

Boston drunk driving car accidents are a different.  When an accident occurs and the police officer or state trooper suspects the at-fault driver was operating a motor vehicle under the influence of liquor or drugs (OUI), he or she will begin an investigation to determine if there is probable cause to effectuate an arrest.  This will include making sensory observations such as smelling for the odor of alcoholic beverages, watching to see if the suspect has difficultly walking or balance issues, and looking for other “cues” of impairment such glassy, red, or bloodshot eyes.  The arresting officer will also ask the at-fault driver to take a series of tests called standardized field sobriety tests if he or she is physically able to do so following a serious Boston car accident.

If the officer determines the at-fault driver was intoxicated by liquor, drugs, or both at the time of the accident, the suspect will be placed under arrest and charged with drunk driving.  In the criminal case, the at-fault driver must be proven guilty beyond a reasonable doubt.

This beyond a reasonable doubt standard is much higher than the burden of proof in a civil case, which is uses the standard of  a preponderance of the evidence.  This means that a defendant must more likely than not to have engaged in negligent conduct with regard to someone he or he had a duty of due care and that negligent conduct resulted in damages (monetary loss) actually and proximately caused  by breaching the standard of care.

If a defendant is found not guilty, he or she can still be tried in civil court and found liable for the damages resulting from the same conduct. A famous example of this involved O.J. Simpson who was acquitted of the murders of Nicole Brown Simpson and Ron Goldman, but later found liable for their deaths in a civil wrongful death lawsuit that involved the much lower standard of proof.  This is not double jeopardy for a variety of reasons including that one is not subject to the loss of life or liberty in a civil lawsuit as protected in the Bill of Rights in the U.S. Constitution.

A recent article from the Boston Globe discusses how a lawsuit has recently been filed alleging that Methuen police officers mislead Spanish-speaking defendants who were charged with operating a motor vehicle under the influence of alcohol. These OUI defendants allege they were arrested after a Methuen drunk driving car accident on suspicion of OUI after hitting parked cars.  The police are required by law to provide defendants with what is known as an informed consent form that explains the legal limit of alcohol in Massachusetts and they will lose driving privileges if they do not submit to chemical testing for alcohol that can include taking a blood, breath, or urine sample.  As a practical matter, urine testing is inaccurate and blood testing requires a phlebotomist so breath testing is the preferred method.

The problem, according to plaintiffs’ complaint, is that the Spanish version of the implied consent law said the legal limit in the Commonwealth was 0.10 grams of ethanol (drinking alcohol) per hundred milliliters of blood, when the correct legal limit in Massachusetts is 0.08.  This may seem insignificant, but it many not be depending on the outcome of this civil lawsuit especially since in our state, unlike many others, the jury cannot be told a defendant refused to take a breath test as that is a violation of one’s privilege against self-incrimination (PASI) under Article Fourteen of the Massachusetts Declaration of Rights. This document, created by John Adams, who also drafted the U.S. Constitution to a large extent, is more protective of individual liberties that the federal counterpart eventually ratified by the former colonies.

The district attorney is currently investigating how many Spanish-speaking defendants were given the incorrect form, and it is possible it may result in convictions being overturned and current OUI cases being dismissed.  However, as discussed above, even if a criminal charge is dismissed, this doesn’t mean the same defendant could not be held liable following a Boston drunk driving car accident.

In this case, it has been alleged the defendant’s actual blood alcohol level was three times the legal limit, but that may not matter since it was whether the defendant gave informed consent to take the test after reading and signing an incorrect informed consent sheet. There is also the issue that defendant is considered a “Dreamer” so deportation is a real possibility upon conviction of  drunk driving charge.